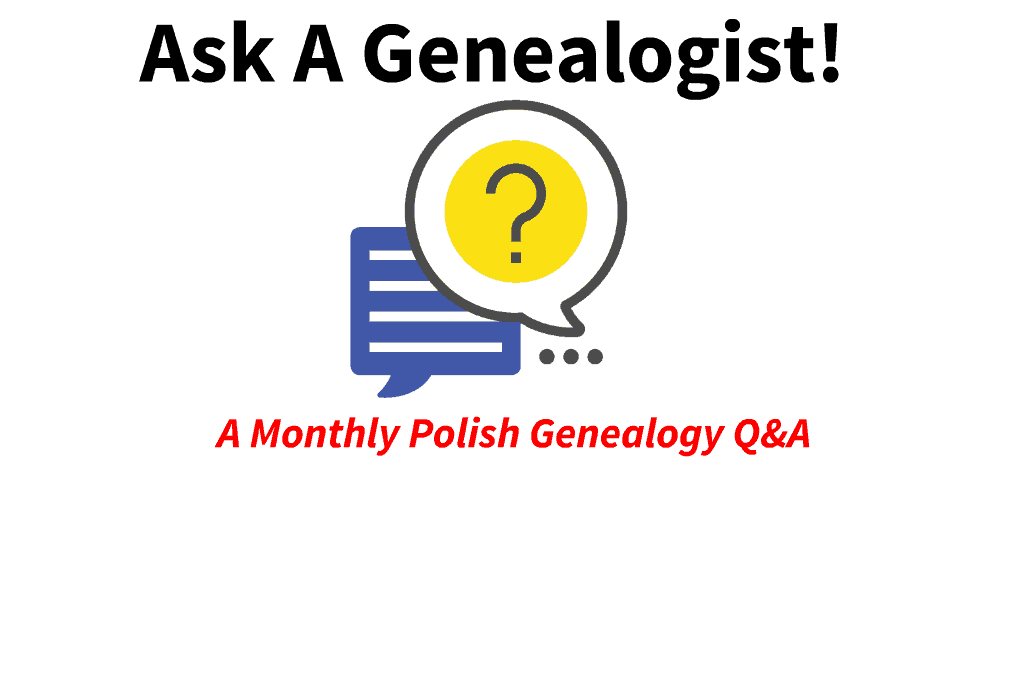 A cousin said the family had to be German because that was what kind of food the family ate. My grandmother said her family was Polish.

What country should I write to get my great grandparents’ marriage record?

Many researchers are faced with conflicting information of this type when beginning the research process. It would be wise to read a capsule summary of the history of Poland to begin to clarify which of these “facts” are not accurate.

Firstly, there is no language called “Slavish” and, in fact, it’s not even a real word. Locally, people (principally American born children) who self-identified as “Slavish” were descendants of Greek Catholics and Carpatho-Rusyns who were not sure of their ethnic identity.

As far as the food goes, this is usually not a strong indicator of ethnicity, although in some cases it can provide peripheral evidence of ethnic affiliation, but usually not. (Just because you had cannoli and spaghetti for supper last night does not make you Italian.)

Many beginning researchers do not realize that Poland was occupied by its neighbors (the Empires of Russia, Austria and Prussia) in the late 1700s, and it was wiped off the map of Europe as a nation state until re-emerging as an independent nation in 1918. Thus, while our ancestors were ethnically Polish, their countries of citizenship were Russia, Austria and Prussia which confuses people who are unaware of the history of the region.

Based on what you wrote, your family was most likely from Galicia in a region where Slovak and Polish speakers lived in close proximity to each other, and you may be a combination of both ethnic backgrounds.

To perform any sort of meaningful research, you need an EXACT place of birth which you can obtain in American records such as passenger lists, civil and church records, Social Security applications, applications to ethnic fraternal societies, etc. Only then can you determine in what country your ancestral village is located and begin the research process.

Send Us Your Questions!

Each month we will try to answer a genealogy question submitted by one of our members.

While we cannot conduct detailed research on your behalf, we hope that the questions presented here will be of value to other researchers. Questions may be edited for length and clarity.

If you have a question you’d like to have answered, please submit it to info@pgsctne.org